CLAZER now has a Samsung Gear VR version – which makes it the most affordable way ever to learn how to properly shoot skeet, trap or sporting clays – because the Gear VR kit is only $99 and works off of a Samsung phone !  Meaning for less than a case of shells you can practice shooting at correct scale, correct lead and true trajectories – at any time anywhere – there is no PC to connect to.

I tried the finished version tonight – and frankly, it’s almost as good as the HTC  Vive or OR kits – and it costs a fraction less. I played it with an Xbox controller – but you can play CLAZER by simply tapping the headset controls.

This is how the next generation of shooters are going to learn how to shoot shotguns . . . or my name is not CAPTAIN CLAZER 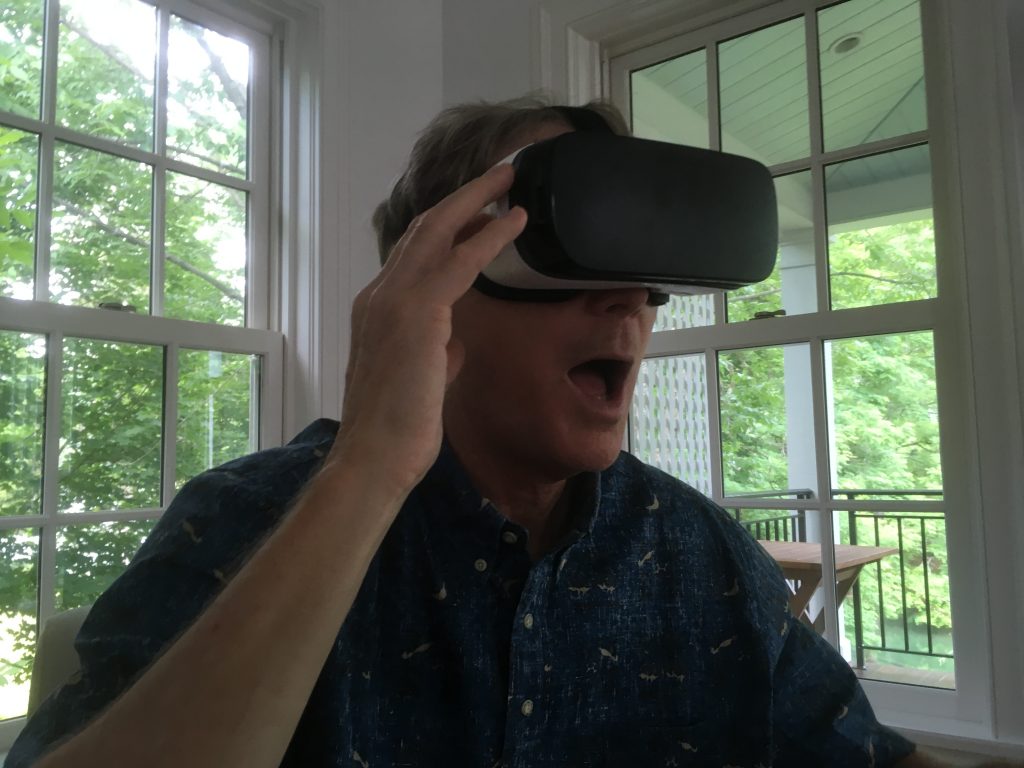