Wouldn’t you like to play a virtual reality clay shooting simulation with your own shotgun ? Not with an XBox or a hand controller, but your own gun as the game controller ?

You will need the following software and hardware

Playing a VR game with a real gun as the controller host (that is twinned by the virtual gun in the game) takes VR realism to another level. It feels more real, your gun movement control is enhanced, the VR gun moves more realistically in the game. You have to try it to believe it. Simply put: you will not want to go back to an X Box or a hand controller

It may help to tie the Tracker directly into the PC via USB and to use one of the Hand Controller pairing icons to pair the Tracker.

3. Install the paired Tracker onto the lower barrel of your shotgun 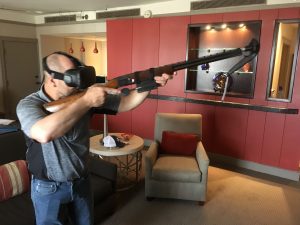 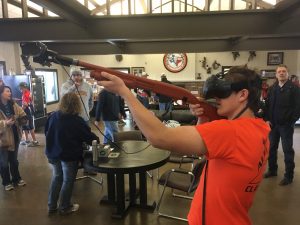