We are filing the final VR CLAZER shooting builds with Oculus Rift and Steam next week. It will take a few weeks for them to be approved to go into the online arcades, then we will ship free demos to all the Best Buy stores for Oculus Rift demos and Game Stop and Microsoft Stores for HTC Vive demos. Any store that sells Samsung phones will be able to demo the Samsung Gear VR version. Here’s an aerial of the true scale, true dimension  ATA trap field: 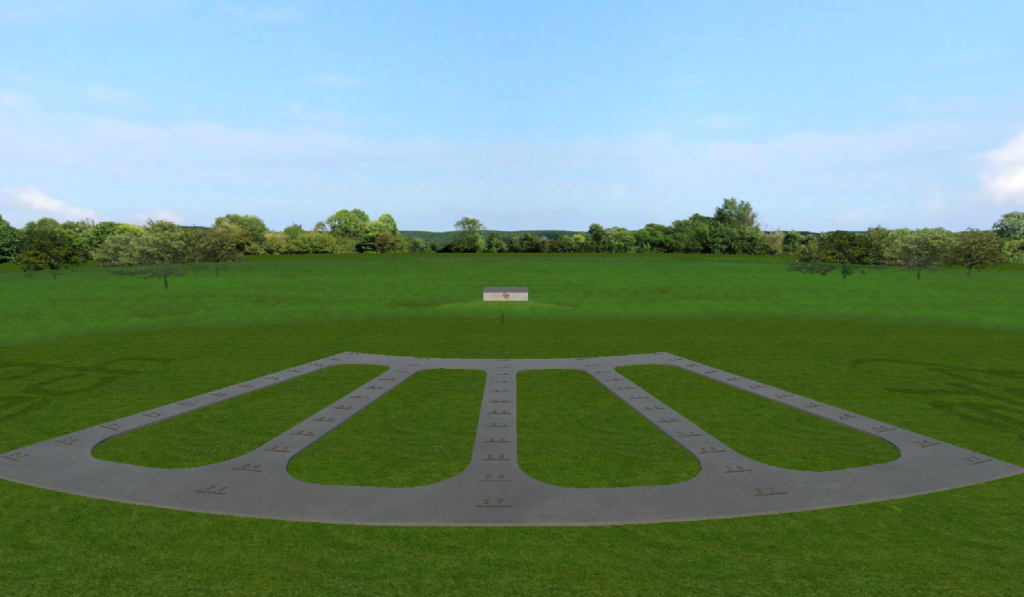