We should have prototypes for the VR gun controller in a month  If you have an HTC Vive rig and any sort of gun and you want to test the gun controller, contact us ASAP. We got the gun peripheral software from our pals at Steam VR – we cannot get the firmware from Oculus Rift or Sony, so this will  only work on a Steam software product – but that also means it will work on any Steam VR game, so your kids can blast zombies with their Airsoft rigs when you are not at the VR range.

I have used the prototype – putting the VR controllers on your gun is going to be as close to shooting as you can get – except that you can shoot at direct incoming shots like in the field – which you don’t at the range. Plus shooting VR with your own gun is a lot easier on your ears, shoulder, and your wallet. And unlike the real world, you actually see where you are missing in VR

I will post a drawing of the prototype next week, but suffice to say that the patent pending rig will work as follows:

The VR motion detector will be held in place via an arbor that fits into the barrel of your gun – from .177 caliber to 12 gauge – just like a bore sight or the laser trainers.

The VR trigger actuation will be via paddle that precludes touching the gun’s trigger.

The weight of the rig should be less than two shotgun shells.  The controller should pair seamlessly with the Steam software and you should be able to play any VR shooting games with any of your own guns – an AirSoft .177, 9 mm or your tricked out K-80.

One caveat – you will need enough ceiling height to take Station 8 skeet and the overhead shots in Sporting Clays or you will bang your ceiling royally with the VR motion sensor at the end of the barrel, and you will have bought yourself a prototype and a divot in your sheetrock. 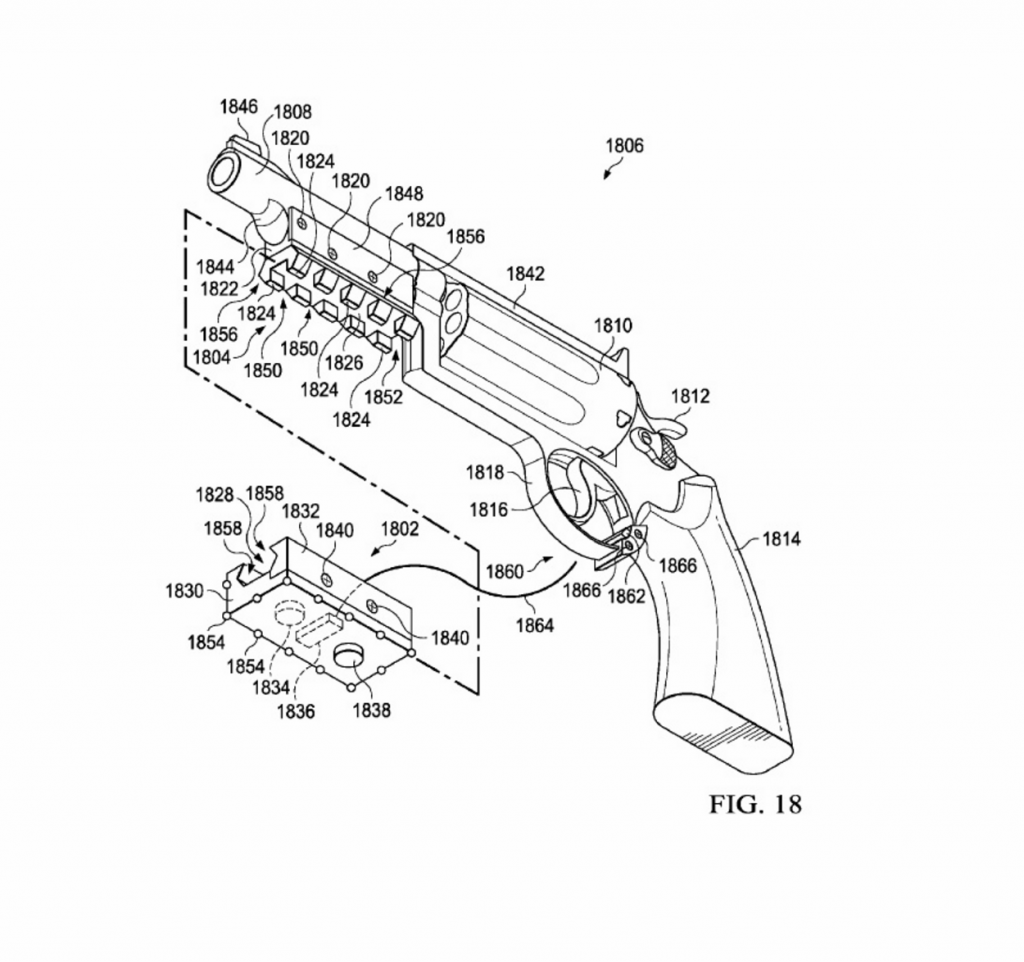