HTC Vive has publicly announced their motion tracking  device which LeadTech has been designing to fit on shotguns and any real gun from .177 to 12 gauge. Vive shows it attached to a plastic gun via a cable.  LeadTech’s patent pending solution attaches it to an arbor in the gun barrel and a cable or wireless to a trigger actuator at the trigger guard. Which will look good on your Krieghoff, even though you won’t be able to see it since you will have your VR goggles on. 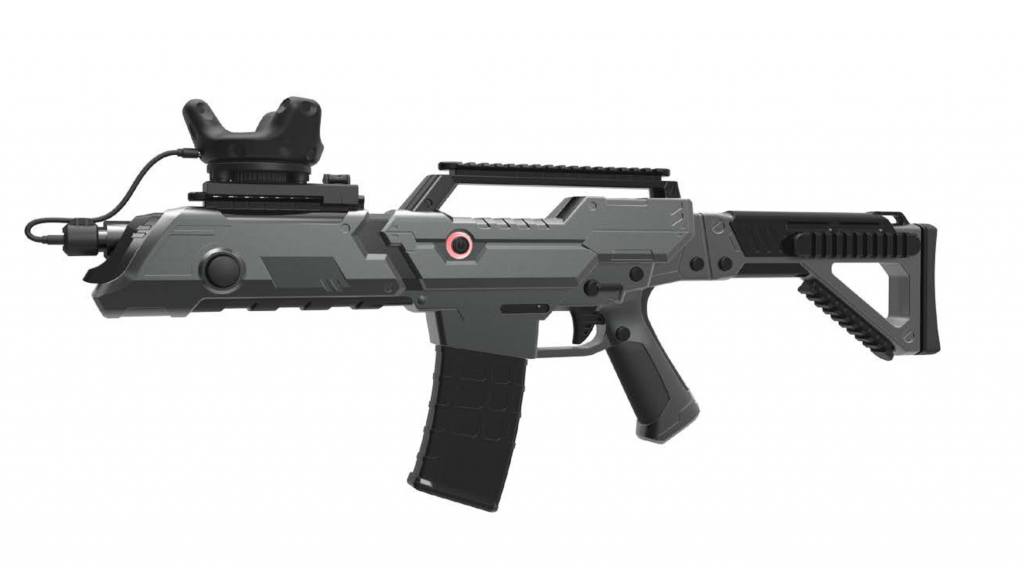