Shown below is champion Sporting Clays shooter, Gebben Miles testing CLAZER at our ranch – which is about an hour from Gebben’s new shooting academy in Dripping Springs.

He dug it plenty and after he got the hang of the phantom clay in skeet and trap, turned the phantom off and proceeded to break every clay in 5 Stand – with one exception – the rabbit.

We did 5 Stand based on the machine set-up at the National Shooting Complex – and they had no rabbit the day we video’d the layout with a drone. So we substituted Skeet Station 4 – on the ground. . .

Note that Gebben is holding the controller with two hands – as if they were aiming a gun at a target – all  he needs now is the gun .  . .

Pretty soon Gebben will be able to practice in VR or in Augmented / Mixed Reality with his own shotgun. 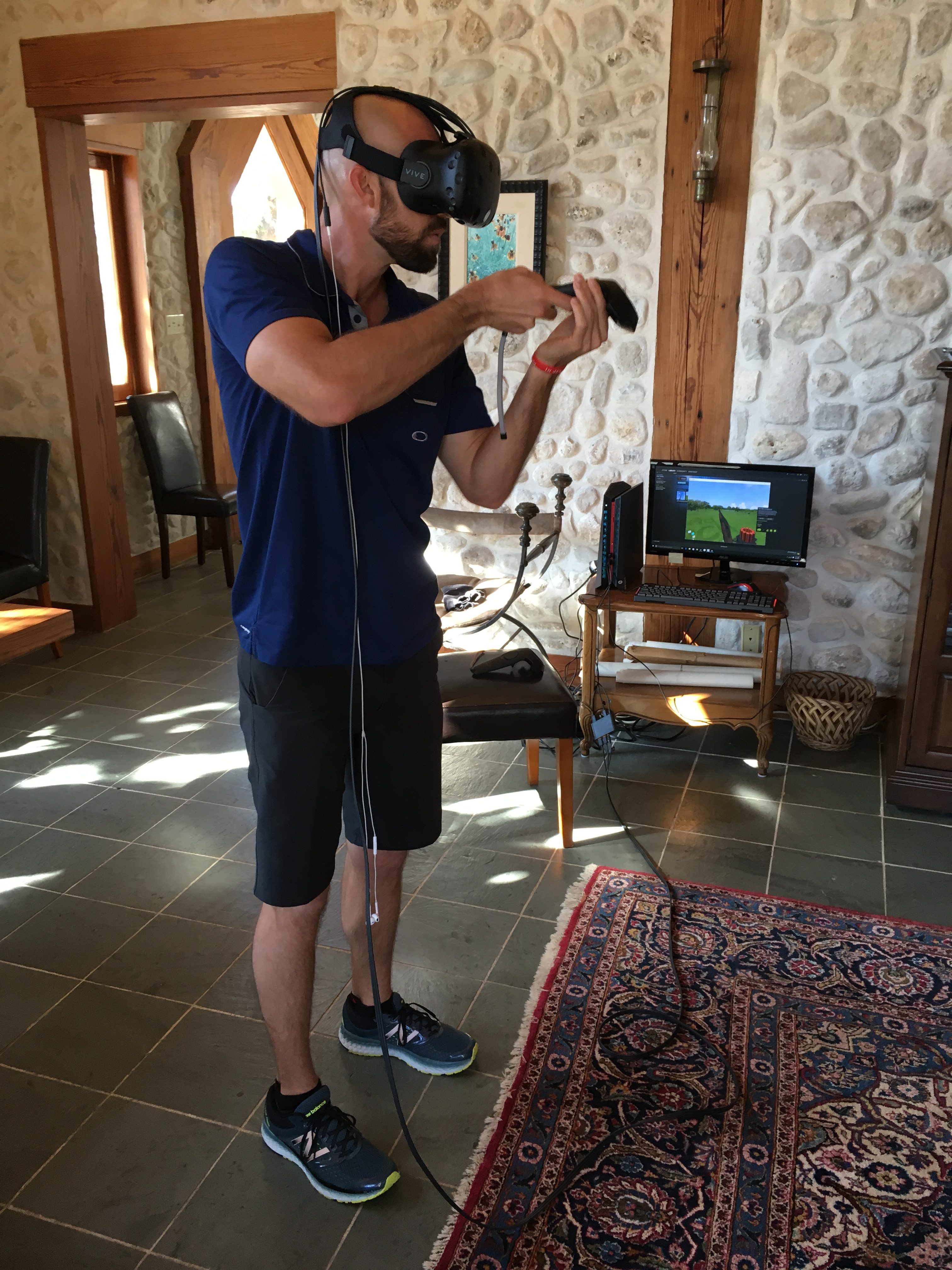