We demo’d CLAZER for the Scholastic Clays and Scholastic Action Shooting leagues last weekend.  Stephen and our VR armorer Mike Green added a Beretta hand gun and some metal targets for the action shooters. The clay shooters demo’d the Sporting Clays to general astonishment and acclaim. CLAZER is an ideal recruiting, training and teaching tool for clay shooting and – soon – action shooters.

I got one intriguing comment from the shooter shown below – he noted that on extremely long sporting clays shots – 70 yards – he could see some curvature in the trajectory. No one has ever noticed this – to my knowledge – but it is possible since all of the hemispheres are a few hundred yards in diameter – not dozens of miles – like the visible hemisphere on earth. So if the clay is far enough from the shooter’s POV, you might see it warp to the curvature of the virtual dome the VR is in.

In fact, the CLAZER VR “dome” is about the size of the set of The Truman Show. 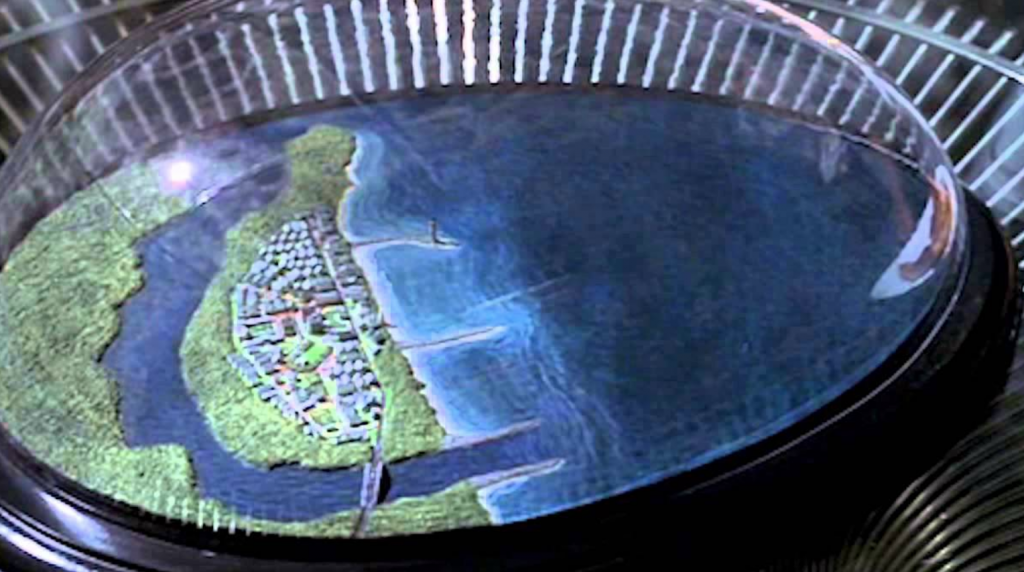