CLAZER Skeet is based on videos of a real skeet range. The correct spatial allowance is shown as the green Phantom Clay.

Unlike projected shooting simulators or shooting lasers at posters, CLAZER Skeet is a realistic, full scale representation of what you see at the skeet field – in stereoscopic vision. You can shoot High Tower Station 1 or Low Tower Station 7 out-going, much more realistically than with a projected system. You can even shoot Station 8 overhead !

We will ship software updates to registered users

The reviews are in – and they are good. CLAZER exceeds expectations !  Playing CLAZER is the most cost and time efficient way to learn and practice clay shooting away from the range. CLAZER is the optimal entry for beginning shooters and the most effective way for experienced shooters to practice away from the the range. CLAZER turns video gamers into clay sports shooting enthusiasts.

If you need some pointers on how to shoot skeet, check out these videos

User’s Guide for CLAZER is here. 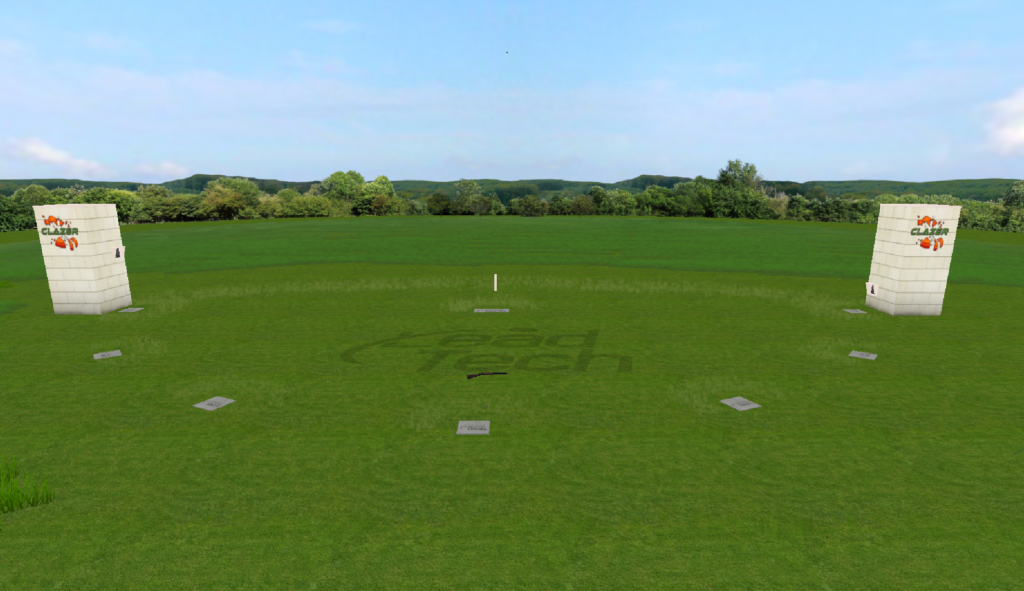 WARNING:  CLAZER does not condone the use of its training techniques for shooting down drones, which is illegal under US federal law 18 U.S. Code § 32 – Destruction of Aircraft. Please apply the CLAZER skills you learn responsibly.