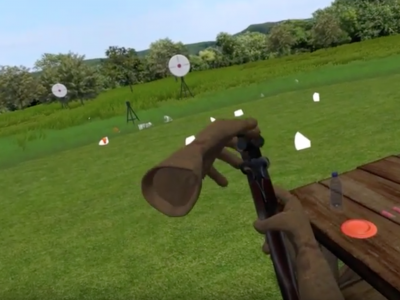 LeadTech will video demo at the 3 Gun Nation booth at the NRA convention in Dallas – this will be a “mixed reality” video that shows our lead programmer + video actor, the intrepid Stephen in the actual draft of the 3GN simulator VR game. Stephen is also making a mixed media video with a Colorado 4H Club shooting team next week. Might be ready for Dallas convention, might not. 3-Gun Nation to attend, display at NRA Annual Meetings & Exhibits 3GN will host its first booth at NRA Annual … END_OF_DOCUMENT_TOKEN_TO_BE_REPLACED 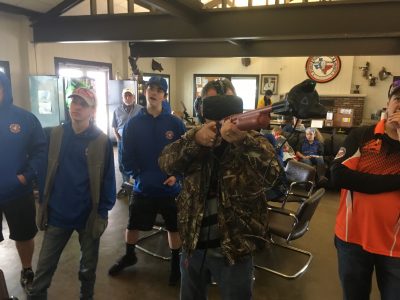 Had a great demo today at the Fort Worth Skeet and Trap Club during a Middle School and High School scholastic clays regional tournament. Thanks to Jason Alexander of Scholastic Clays and the national champ Allen Eagles for setting it up. Everybody liked CLAZER. The really liked the gun controller. The only limitation is the visual acuity of the VR headsets themselves- beyond 60 yards (in VR) images get a bit hazy. The good news is that the only shots beyond 60 yards are in Sporting  Clays. Can … END_OF_DOCUMENT_TOKEN_TO_BE_REPLACED